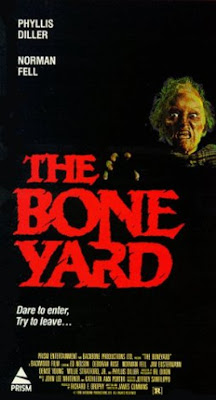 This ultra-low-budget B-movie is all over the place, never quite knowing what it wants to be, but its sloppy inconsistency is its greatest strength. If director and special effects man Cummins stuck with just one element of the goofy-ass script, this would have been an unremarkable film. I still can't call it remarkable, but it ain't boring. It encompasses a jaded, near-retirement detective and his moronic young partner, a middle-aged psychic who used to help them out until the job got to her (she's also in mourning for a dead child), a suicidal young woman, a mortician secretly under the sway of an ancient Chinese curse, zombie children, vomit and slime, a nearly abandoned morgue open for one more week, Phyllis Diller (as Miss Poopinplatz), Norman Fell as an aging hippy forensic pathologist, a mutant poodle, and a mutant Phyllis Diller. 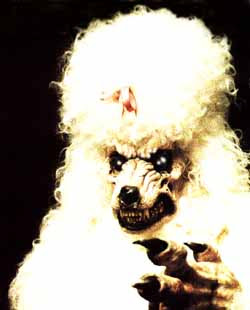 The film's tone veers from police procedural to murder mystery to overly serious drama to broad sitcom comedy to creepy horror to goofy horror to action thriller and closes with what would have been the cheesiest '80s song ever written if it hadn't been 1991. I can't recommend this one to anybody who doesn't like horror or cheap B-movies, but as an avid fan of both, I got a lot of enjoyment out of it. 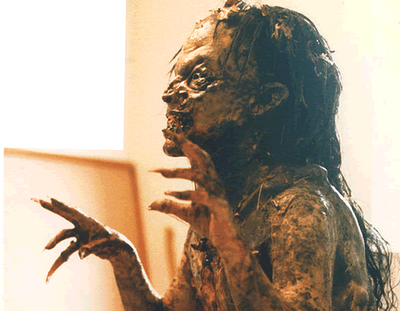 Norman Fell's part was originally offered to Alice Cooper, who turned it down. I really wish I had been listening in on the brainstorming process that led to that decision:
"Guys, Alice Cooper won't do it. Who can bring something similar to the role?"
"Norman Fell?"
"I love it!"

This is the only film in which Phyllis Diller appears without a wig.

Director James Cummins decided after the Sept. 11 terrorist attacks that horror was too negative for our modern world. Here is what he does now. 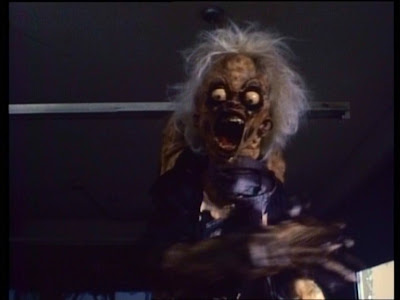